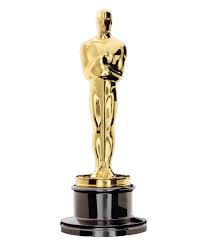 So, overnight, the A-Listers were out in force across the pond for the biggest night of the year in celebland – The Oscars.

Hollywood was the place to be, but apart from who won what, the thing that interests us more here at Mojomums is who WORE what?!

The Oscars’ famous red carpet has to be the most critical of places for the poor fashion conscious film stars who all want to look amazing, and who live in fear of being ridiculed for wearing something that doesn’t quite measure up to the expectation of the fashion world high and mighty!

You can check out this website for images of all the beautiful gowns that everyone wore last night but for us, our favourites were:

Lady Gaga – Looked almost normal in a stunning Versace creation. My favourite I have to say! She wore two dresses on the night but the second one isn’t worth mentioning, she shouldn’t have been greedy and stuck to just the one!

So what was the gossip, if any?

Well, Jennifer Lawrence slipped over AGAIN, some of the celebs ordered and ate PIZZA during the awards, Benedict Cumberbatch photobombed many a celeb red carpet photo and the best celebrity selfie EVER went viral on Twitter, making it the most retweeted photo of all time, beating President Obama’s previous record when he tweeted a photo of himself with wife Michelle after winning the election for the second time in 2012.

So, down to the nitty gritty I suppose and those all important winners.

Performance by an actor in a leading role:

Performance by an actress in a leading role:

Performance by an actor in a supporting role:

Performance by an actress in a supporting role:

Lupita Nyong’o for 12 Years A Slave

Best motion picture of the year:

John Ridley for 12 Years A Slave

Spike Jonze for Her